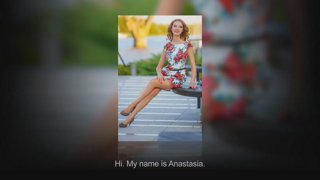 Lee Bo Hee Supporting Cast. Huh Jung Min Supporting Cast. I'm going to miss you. But seriously, I don't know whether I've ever cried over a show being over before, but I think it's highly possible that a could cry over this one So more than almost everything else in this drama, I have looked forward to Ki-tae's reconcilation with his mom. And I had faith that the show would deliver in these last two episodes…but damn. The drama went and exceeded my expectations. That twist broke my heart. This whole time I was wondering why we weren't getting more info on how he ended up in the apartment and why we weren't shown the times he had there that were so special to him.

Once again, this drama proved that it had a plan all along. AHHH like seriously show. My heart was breaking for them and pulling for them to make up already, but then you add that?! She's been enduring this whole time for him, and once he grew up, she was probably to set in her ways to know how to break free.

When they finally broke down on the phone together, I lost it but not because I was sad, but because I was so happy!!! It just felt like this great weight had been lifted. Alright if I'm being more specific: I love when Ki-tae picked her up from work: And when Ki-tae openly broached the topic of marriage to Jang-mi and asked her how she felt about it. I was so happy. It's wonderful to see the effects of last episode lasting and for him to make sure that she's being honest about what she wants.

He definitely showed in that scene that he still had things he needed to face, but it was still lovely. Love when Jang-mi impresses them at the restaurant and Ki-tae gives this look like he's so proud. Lastly, love how, after Ki-tae's finally learned all about his mom and the apartment, Jang-mi just comes and embraces him the same way his mom did and he opens his eyes, and just gets this look like he's totally ready to marry her.

So excited to see him win-over her parents next episode and help them come together again! Yes manseh to no Se-ah. It was someone cracked open a window and let all the musty craziness out. How great would it have been if mum had accidentally on purpose spilled hot coffee on dad's lady bits instead of water, and then Jang-mi accidentally on purpose tips that makgulli pitcher on shameless hussy.


I just sat at my computer after the episode ended and just didn't know what to do with myself. I mean, I'm still crying and I really love this show. I really don't want it to end tomorrow. I was thinking that Jang Mi's mom was being a bit cruel but then found out about the cancer and could understand why she wanted her daughter to be better off, in case she dies soon.

I'm really glad that most the actors are pulling me in. Wow, Yeon Woo-Jin was acting up a storm in this episode. He had me crying like a baby in the phone call with his mom, then a moment later laughing out loud at his attempt at aegyo with JM's mom. Yes, he had me crying too. One of the best scenes but what am I saying? So many great scenes from this episode there's no choosing. The emotions, the fact that he could only cry even though he had so much to say was so sad but probably not enough. And when his voice broke, my heart broke too. Yeon Woo Jin is such an amazing actor, hope he gets plenty of lead roles from now on.

And how amazing is the OST that played by G. D during the scene?

I feel absolutely privileged to be watching this show and another one I shall not name regular commenters should know which one I mean: These shows have made me cry and laugh in the same episode. Made me FEEL so deeply. I am in awe. MnD crew,I will miss you sooooo much. I can't believe I have just one more episode with you guys.

This is one of the if not the best episode so far. There were scenes I laughed so much at I shed tears and then there was that one powerful scene where I actually just cried. Gi Tae crying over the phone with his mum got me right in the center of my heart. I cried with him, felt like I was experiencing all his emotions. Gosh, I love this drama. Scenes that made me laugh the hardest include but are not limited to: Gi Tae and his ridiculous aegyo with Jang Mis mum. It's amazing how they have all evolved over 15 eps isn't it?

Can't believe I really like Hoon Dong now and Omoni! I'm so sad this show is ending.

Out of all the shows that get extensions this one would be perfect because its not all centered around some crazy plot but the connections between the characters. And I knew mom had cancer. When she told dad she couldn't waste anymore of her life 2 or 3 episodes back.

But with breast cancer as long as the prognosis is good there is a very high chance of recovery! I thought I'll be a goner once this finish airing.. But thank god for Discovery of romance to fill the void. Thank you girlfriday, you are the best with your faster than light awesome recap!!! Love our OTP sooo much, so much heart and cuteness! The scene on the phone with his Mom. YWJ is sooo good. KHS can show inner turmoil with the slightest nuanced facial expressions.

I was sobbing for them both in happiness. It amazed me how with no words he was able to say how much he loved both JM and his mother. This sweet series my delicious dessert treat that I allow myself as a reward for doing what had to be done all week. Today I found myself watching the time on the episode tick down with ever increasing horror knowing that every passing minute brings me closer to the end.

Yeah, he had a cameo in that! I remember at the time I was super happy because I hadn't seen him in anything for awhile: It's weird, I remember vividly the scene with him slowly dying; just so bad! I'm not even going to address the inevitable fact that this drama is ending tomorrow.

I'll just live in my happy land where I still have 16 episodes to look forward to I need a time machine. I love the emphasis on family in this drama. I wish the main networks would learn a thing or two about how to write interesting family members without turning them into sociopathic bitches. I don't even remember the last time I watched a drama where I love every single character - I don't think its ever happened yet.

The phone scene was fantastic, and I got teary. It's the closest Ki-tae will ever come to expressing himself to his mother and apologizing for maybe not trying to understand why she made those choices.


Ironically, he didn't even say a word which made it all the more powerful. No matter what he says, deep down he wants his mom's approval which is why he always tries to make it look like he couldn't care less. He's scared of being disappointed so he doesn't even try to hope. I'm glad he's slowly learning what it means to expect from others and allow them to hold some sort of power in his life.